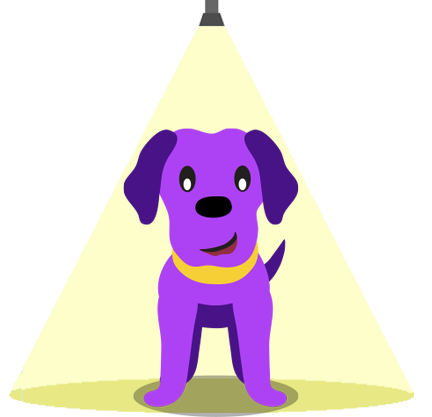 Yay! Please check your email to confirm your subscription.
Oops! Something went wrong while submitting the form.

Growth Manager at Almanac, a collaborative doc editor for async teams. Side hustle building TheSiliconForest.com. A Portland, OR native, often found rooting for the Blazers or Timbers with an IPA in hand.

‍🛠 What scrappy tool can't you do without?

‍Webflow – has been a total game changer for creating webpages 10x faster and better designed than Wordpress.

‍🏀 What is something surprising about yourself?

I once performed as the team mascot at a Men's NCAA "March Madness" Tournament on live TV.

‍🎵 What karaoke song would you sing?

Kelly Clarkson - Since You've Been Gone

‍🎤 If you had to speak for an hour right now, what topic would it be?

A turtle - "It makes progress only when it sticks its neck out.”

Team Mascot for a televised NCAA Men's March Madness tournament?! I hope that Alan has a video of that.

‍Would you like to be featured in the Scrappy Reader Spotlight? Let me know!

Yes! I want to be in the Spotlight >

Yay! So happy to have you!
Please check your email to confirm your subscription.
Oops! Something went wrong while submitting the form.